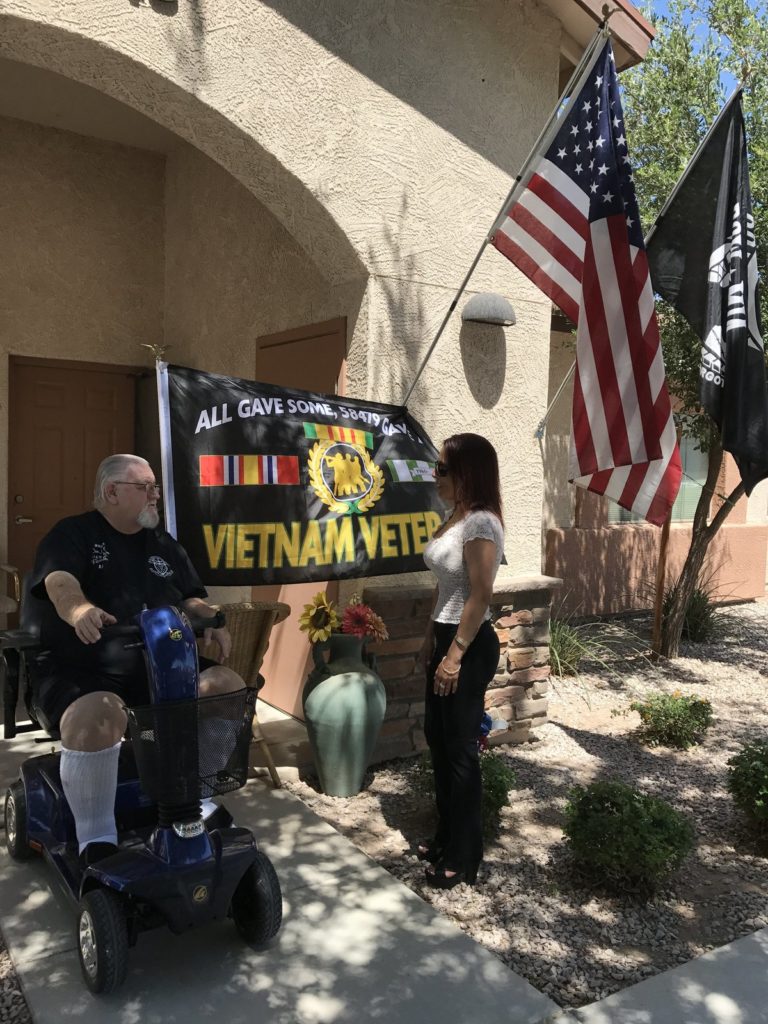 Denny grew up in a proud military family. His cousin was a Green Beret and his father gave his life as a Marine during World War II. He vividly remembers his days on the deck of the USS Ticonderoga in the South of the China Sea during the Vietnam War. “Serving on an aircraft carrier is like playing football on a highway,” says Denny. “You had to know what you were doing at all times.”

But three years ago, Denny fell on hard times and this veteran who once risked his life for our country was finding it very difficult to make ends meet. His bills were going unpaid and his pantry was running low as he faced the possibility of losing his home. “I’ve never believed in welfare,” admits Denny. “As long as I was physically able to work, I always figured I should be doing something, even if it was for less money than I was used to.”

Living out what he believed, Denny worked at a variety of jobs in his post military life. He was a truck driver, a radio DJ, a security guard, had his own landscaping service at one point, and was a greeter at Sam’s club. But as he got older health problems got in the way of his outstanding work ethic. When his fixed income began to come up short, Denny knew he was in real trouble. And he had a reason to worry, more than half of all homeless veterans are veterans of the Vietnam War, just like him.

Fortunately, a friend pointed him in the direction of Yuma Senior Terraces – part of FSL’s Affordable Housing Program. Today, he is safe, living in a place that he loves and that allows him to maintain his independence and dignity. “All the staff are so nice; they bend over backwards to make people happy. They take very good care of the place and the people,” says Denny. “Can’t say enough about the staff – they care! I hope I live here until I die!”