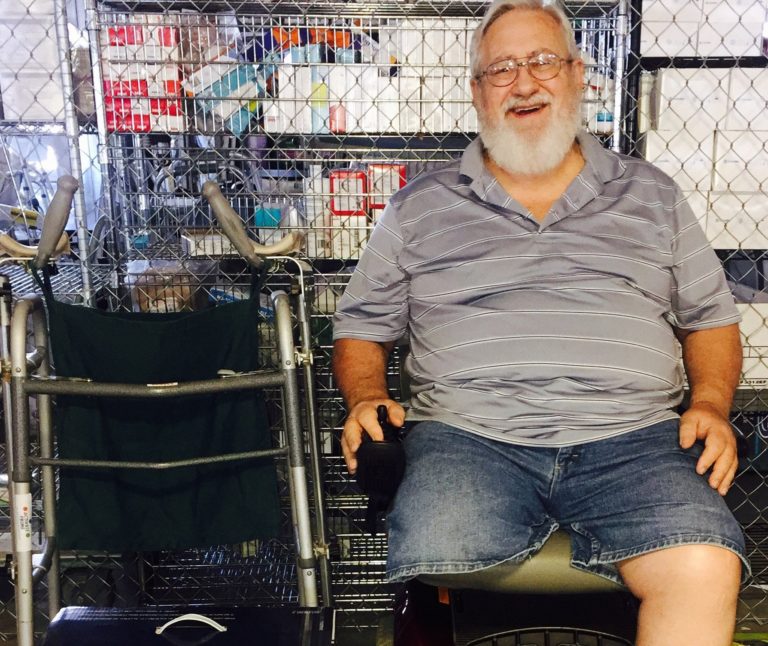 Roy is a Veteran and a neighbor of yours, right here in the Valley.  It has been a hard year for him and his wife, Mary. Medical problems took one of his legs and due to insurance policies he was faced with a grim choice: prosthesis or electric wheelchair. At a time when most people are choosing between trivial things such as which wrapping paper to buy, Roy was choosing how he would get around to complete even the most basic daily task.

Roy chose to go with the prosthetic leg and that meant he had to forgo the electric wheelchair. This meant his wife would have to continue to push him around in their rickety old manual wheelchair. It was exhausting and she could not go very far before she needed a break.

After the surgery, Roy was in an incredible amount of pain – the nerves in his leg were raw and flaring, which meant he couldn’t stand to wear the prosthesis. He hobbled around on one leg as best he could but even a trip to the bathroom was torture. A platform walker was the answer to getting through recovery but that was a “luxury” they could not afford.

Then one day, their worst fears manifested as Roy was trying to make his way into their bathroom. As he hopped to the room, he lost his balance and fell down. Unfortunately, there was no way Mary could lift him so she had to call 911. Their helplessness had turned to hopelessness as Roy felt stranded in his own home.

Thankfully, while in the hospital, Roy and Mary learned about FSL. Through our Kindness Closet, we were able to help by providing Roy a platform walker which allowed him to move around more easily and aide in his recovery. Roy was incredibly grateful and Mary broke into tears. They felt this was the beginning of their new “”.

Thanks to a donation from Valley Medical Supplies, we gave Roy an electric wheelchair, as well as a vehicle ramp and hitch to allow for easier transport of the new chair.

Donors like you make it possible for people like Roy to regain their faith, hope and motion once again.

Your generosity today will make it a beautiful Christmas for an Arizona senior in need.

But most of all, you will be sharing a life-giving message: You have value. You are not alone. You can and should have a good life! 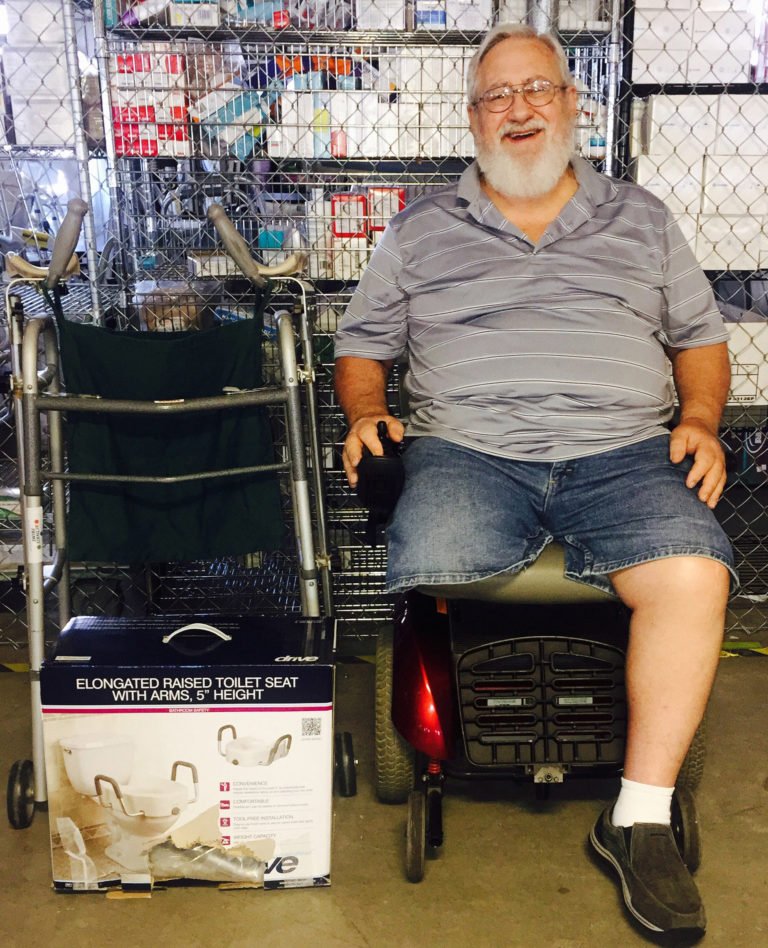