The Marist Stands On Its Own 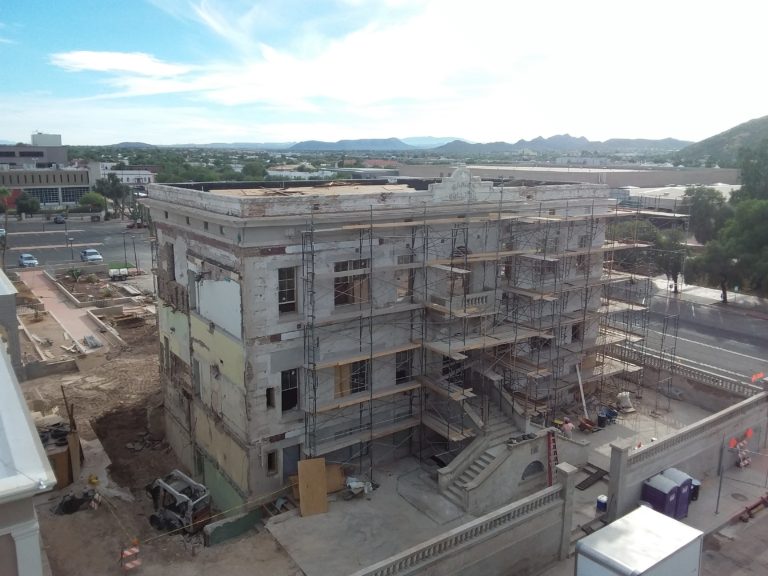 The historic Marist College is standing on its own for the first time in more than 20 years!  FSL is in the process of remodeling this 100-year-old building, and has recently completed some major structural improvements. FSL Real Estate Services stepped in to save the Marist, re-purposing the historical site to create affordable housing for low-income seniors.

Built in 1915, the building has experienced structural failures since it became vacant in the 1960’s.  It has suffered considerable destabilization of the old adobe due to water from rooftop leaks and the scupper downspout drainage system. The trapped moisture in the adobe caused the two corners of the building to crack and collapse.

Reconstruction began over the summer of 2017. The support braces that held the building together for over 20 years, are now gone, and the building is stable enough to support its own weight.  This is a huge accomplishment since in 2012, the Marist College made it onto the Arizona Preservation Foundation list of “Most Endangered Historic Places”, and was in serious risk of collapse, demolition or destruction.

This stabilization is just the first step in a remarkable project that will preserve this landmark and its rich history. “We have reached a significant milestone today in the historic preservation of Marist College.”, noted Director of Real Estate Services, Steve Hastings. “We have removed the temporary steel beams that have held up the Marist College. Not only have we kicked the crutches that have supported the building from the outside for the last twenty years, but we have reinforced the structure so well from the inside that the building will stand on its own for the next 100 years”. To learn more about both the Marist, and how you can help us preserve it, click here. 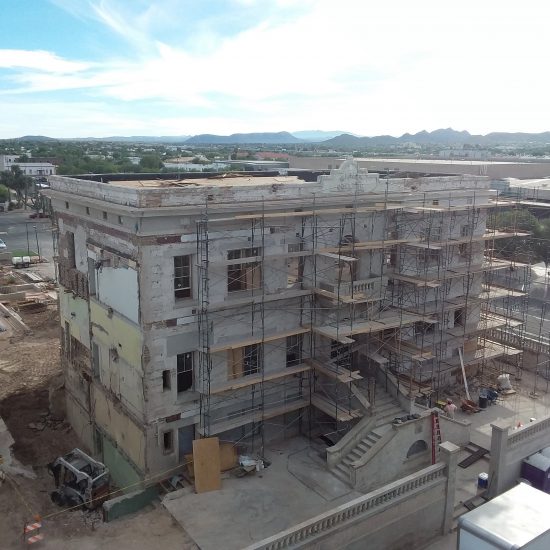